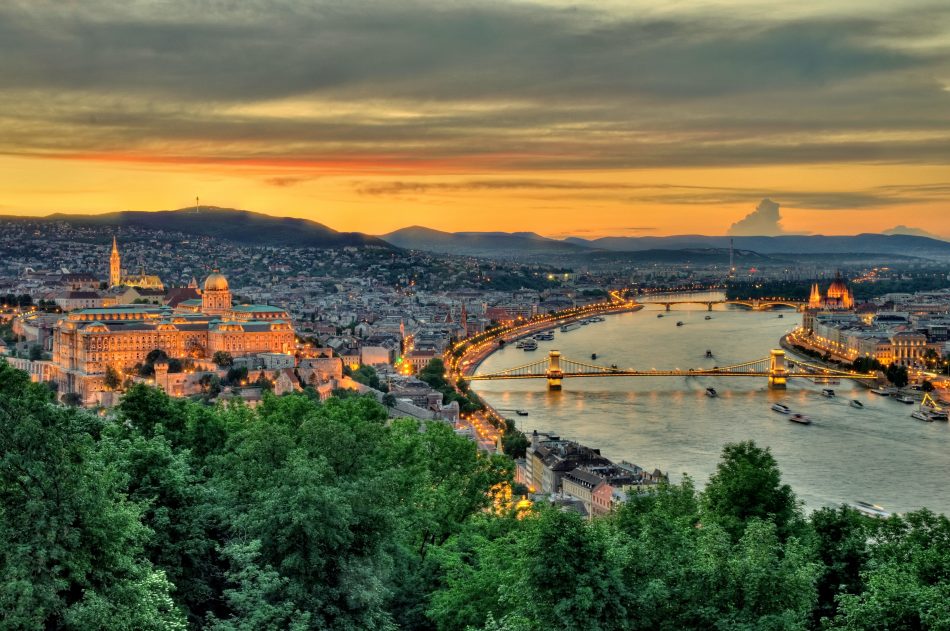 The Danube is Europe’s 2nd longest river (only the Volga is longer), probably its most attractive and easily the most accessible for touring cyclists. Our route, from the source at Donauschingen (Donau is the German word for the Danube) to Budapest, one of Europe’s truly great cities, follows the river for over 800 miles on a superb combination of dedicated cycle paths and quiet country roads.

The ‘Danube Way’ is one of Europe’s most cycled routes and easily the most popular river route, taking in much of Bavarian Germany and Austria, passing briefly through Slovakia and ending in Hungary. In theory the river can be followed for a further 1000+ miles, all the way to the Black Sea, but our route ends in magnificent Budapest.

Do not be deterred by the occasional longer day, this trip is perfect for riders of all abilities with virtually flat riding for the entire distance, a traffic-free route, and near-perfect signposting for those who are daunted by navigation!

We will collect clients from Zurich airport, with it’s good range of international connections, for the 50 mile transfer to Donauschingen, where the output from a small spring feeds into the confluence of the Briach and Breg rivers to become the Danube. From here we head east, following the meanderings of the river through the Black Forest and Bavaria, all the way to Passau, gateway to Austria. The trip includes a rest day, either in Passau or the following day in Austrian Linz.

Although we spend only 3 nights in Austria, one of them is in the heart of Vienna and we have adjusted the itinerary so that the following day is short, allowing time for some sight-seeing before hitting the ‘road’ (actually a superb cycle path).

We spend just one night in Slovakia but it is in the fascinating capital – Bratislava – after which we follow the southern, Hungarian, edge of the river all the way to Budapest where we spend our last night. The following morning we offer transfers to Budapest’s airport, a short 12 mile drive.

If this trip appeals you may also be interested in our ‘Rhine – Source to Sea‘ tour.

If you would like to read other people’s comments on our holidays then check out the Customer Comments page.

We will meet you from Zurich airport and arrange for the transfer to your hotel in Donauschingen.

Donauschingen is a small town and we are quickly out into open meadows, before entering the upper Danube valley with its steep wooded slopes and tall limestone cliffs topped by grand houses and ancient castles. There are some climbs today as the path rises and falls along the side of the valley, but they are seldom more than a 100 meters and, with wonderful scenery to admire, you will hardly notice! We overnight in Sigmaringen, site of the magnificent Royal Hohenzollen Palace.

The river becomes wider as it passes through a broad valley and we are never far away from it, crossing and re-crossing throughout the day. A longer but easy day, ending in Ulm and close to the old town with its topsy turvey half-timbered houses.

Departing Ulm the Danube is now swelled by the waters of the Blau and we pass into Bavaria. The landscape becomes flatter and we pass many lakes and wetland habitats, formed by the confluence of the Danube and numerous tributary rivers. Our destination is Donauworth, a town whose prosperity was founded on the presence of a bridge over the Danube.

A few very gentle inclines this morning as we cross the foothills of the Franconian Alb (the last hills of the trip!) We pass through Neuberg with its impressive palace and Ingolstadt, a town that once boasted 25 breweries and still has a creditable 4! For our last 3 miles to Kelheim we recommend the ferry which passes through the narrow Danube Gorge with breathtaking scenery, but for those determined to ride every inch there is an alternative!

A couple of bends after leaving Straubing the river reaches its most northerly point in Regensburg, a spectacular city with one of the largest surviving collections of medieval buildings. As the river turns southeast it grows substantially in stature and now teems with merchant and tourist vessels. Don’t dally too long along the route, for in 2016 our trip coincides with Straubing’s Gäubodenvolksfest, the 2nd largest beer festival in Germany after Oktoberfest!

Hopefully all heads will be clear enough for our last full day in Germany as we head to Passau, one of the many places claiming the title of ‘Venice of the North’. We are now closely following the river on a mixture of traffic-free roads and excellent cycle paths.

A chance to rest, explore and take care of domestic chores. Note, it is possible that the rest day will be moved to Linz.

The section from Passau to Vienna ranks as Europe’s best known and most-loved cycling route – and for good reason. Today is a wonderful, tranquil ride along the banks of the river, occasionally taking small ferries to favour the quieter side. Our first night in Austria is spent in Linz – Austria’s 3rd largest city boasting 1200 years of history.

The river continues to grow, being boosted by the River Enns in Mauthusen. Starting on the north bank, we later cross to the south bank in pursuit of the quietest possible cycling experience. Our destination is Melk, a small but vibrant town with a splendid Benedictine abbey.

We now enter the Wachau wine producing region, an especially lovely section of the river. The going is very easy for this longer day, with the incentive that the night is spent in glorious Vienna.

This very short day creates the possibility of a late check-out in Vienna and a few hours of exploration. We leave Vienna through the splendid ‘Pater’ park, making our departure from the city as quiet and traffic free as the rest of the trip. For a change we ride a little away from the river, through the Donau Auen National Park, before passing into Slovakia for a night in its capital city – Bratislava.

Our time in Slovakia is brief as we depart Bratislava and cross to the south bank into Hungary. Although never far from the Danube, today we pass through open countryside and small towns as we cut across the bends in the river, ending in Gyor.

Hungary offers an intriguing mix of a modern western economy and mid-20th century communism. Our route today mostly follows the road network using a mix of cycle lanes and dedicated cycle paths as we head to Esztergom, an impressive town with a magnificent cathedral.

After Esztergom we reach the Danube Bend, one of the most attractive sections of the entire river. Here the river winds through the Visegrad Mountains and turns abruptly towards the south. As well as some roadside riding there are many newly constructed cycle paths and the final miles into Budapest are surprisingly traffic-free. We stay in the heart of the city, on the ‘Pest’ side of the river, for our last night and should arrive in good time to explore this iconic city.

Tour Price does not include:

Lunches or evening meals
Snacks or drinks required during the day
Travel to Zurich/from Budapest
Cost of any optional excursions, entrance fees etc