6 September, 2018 By 7pxadmin in TransAm 2018 Comments Off on TransAmerica Trail: Week 7 Update & Gallery

After a tough day battling the elements – an unforgiving headwind which seem to hit the team head on whichever way they turned, followed by a torrential downpour to finish the day off, the team arrived in Chanute Kansas. The town was named after the famous railroad civil engineer and aviation pioneer Octave Chanute, a mentor for Wright brothers, Wilbur and Orville. Chanute is known for a number of attractions of historical significance including the Chanute Wright Brothers memorial.

Chanute’s other claim to fame is that it is also the default centre of Google Earth – when loading Google Earth from a US location, the default centre when zoomed in, lands at the intersection on Chanute’s main street.  The team spent the night in a hotel located within close proximity of a paved inlay which celebrates the Google Earth location, and were informed that whilst the inlay was constructed, the town’s main street was closed for 6 months! This meant the hotel almost had to close due to lack of business. 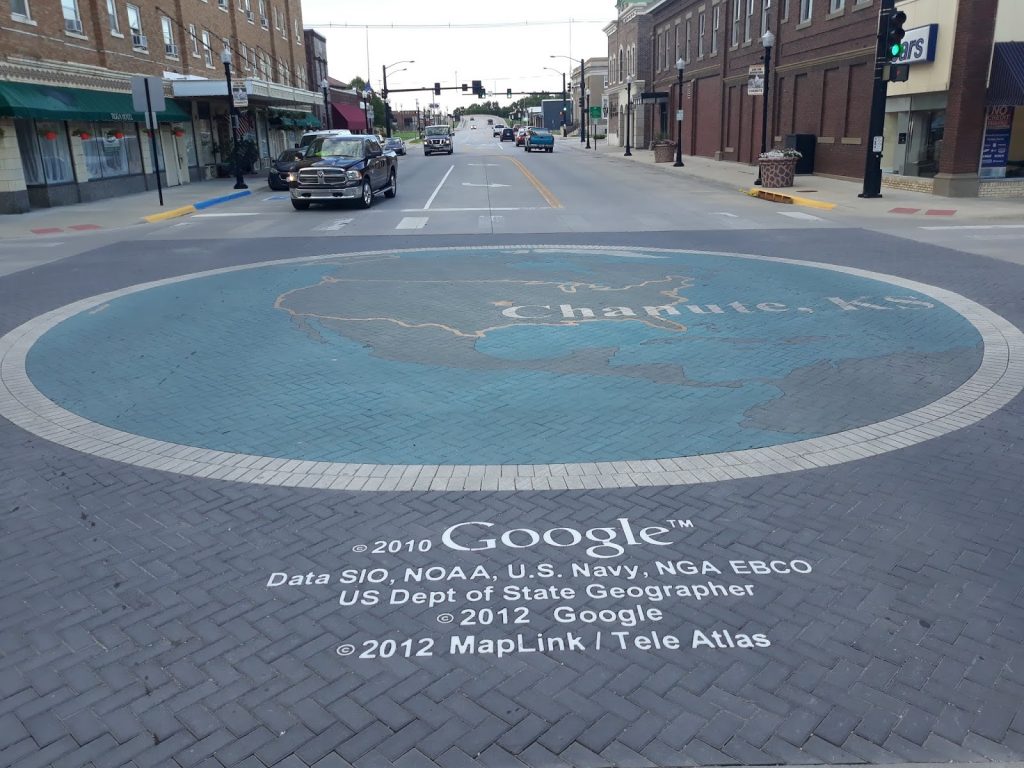 For several days the team have been travelling through the state of Kansas following roughly the same route undertaken by Steve Wesson back in 2009. On one of the days, the crew’s only stop was at a small isolated town – it just so happened that the local cafe was closed for bible studies and the team were invited into the senior citizen centre next door for some refreshments. According to Steve exactly the same thing had happened back in 2009! 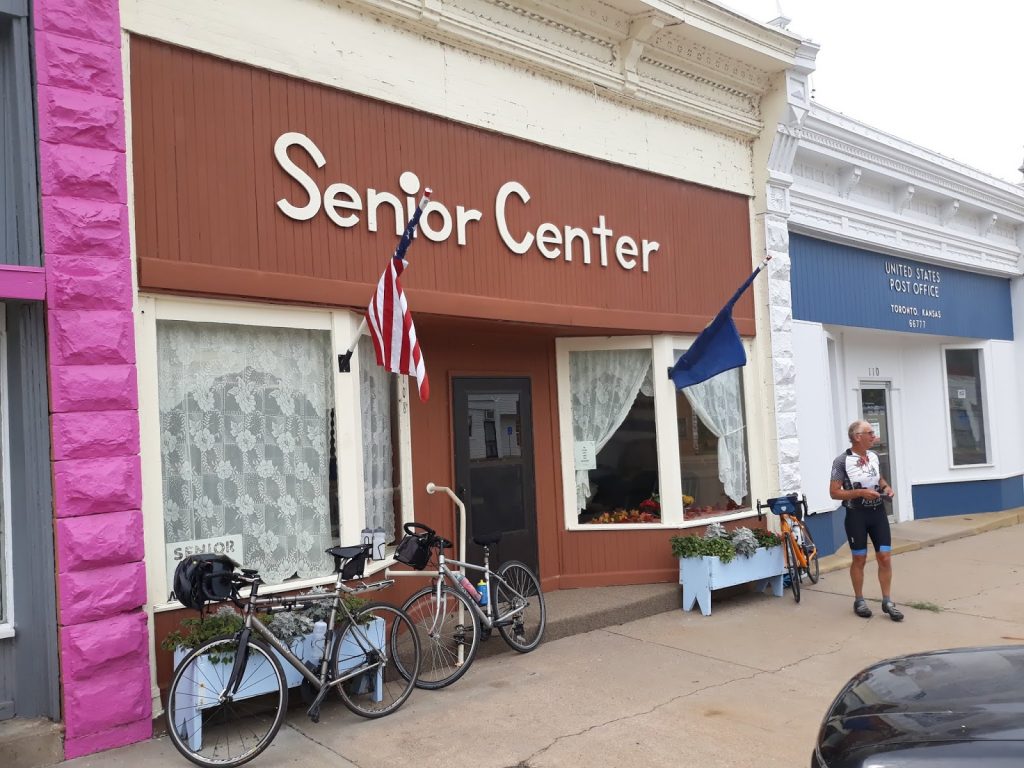 The ride to Pittsburg Kansas was a pleasant one along gently rolling hills under the sunshine and a side wind was a welcome break from the exhausting headwind. 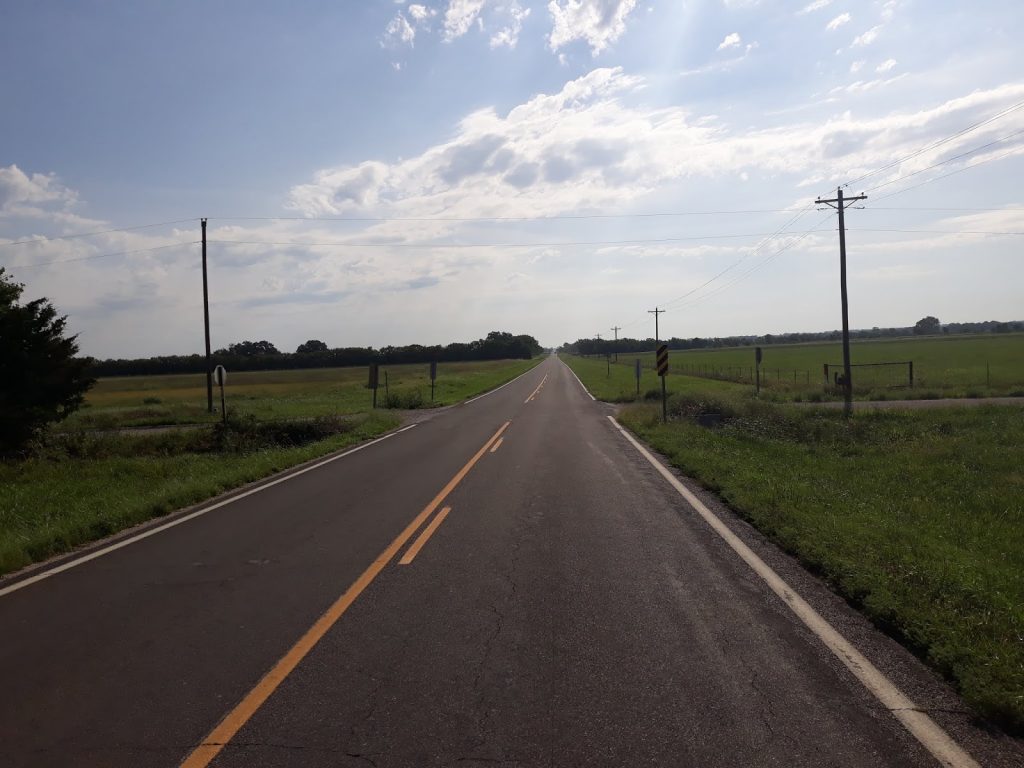 During their travels across Kansas the team came across a number of unfortunate armadillos which had been hit by cars – some had been knocked over like the poor armadillo featured beneath, whereas others had been completely flattened. 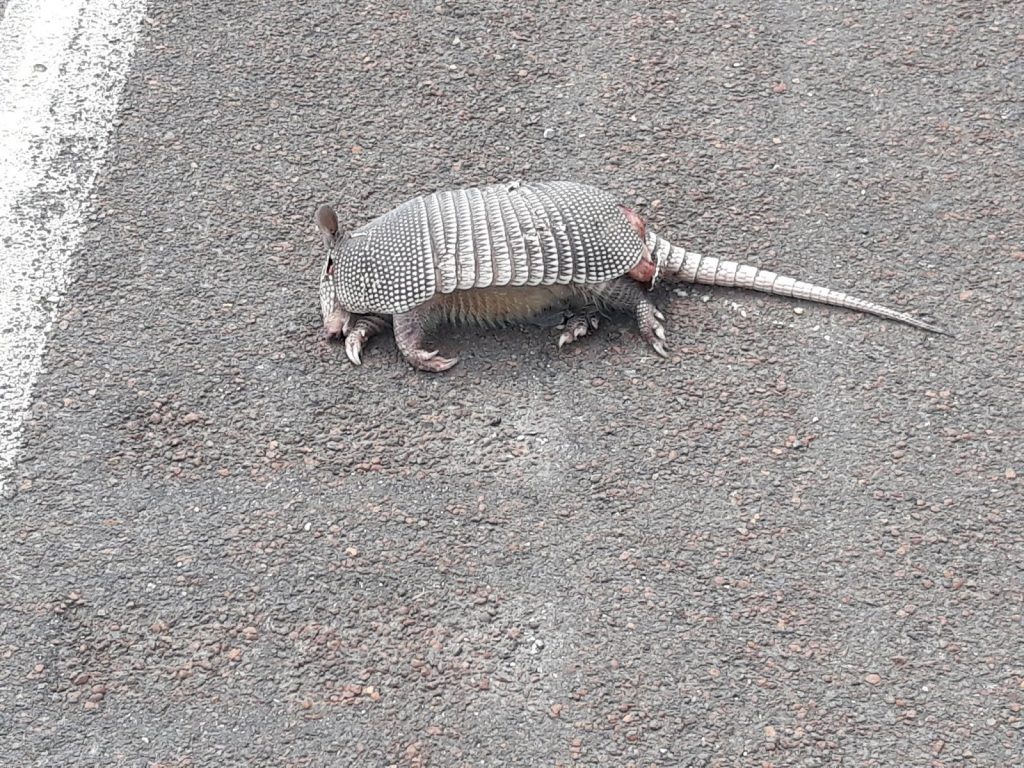 The rest day in Pittsburg Kansas was the third so far and seemed to follow much the same pattern as the previous two – this consisted of a hearty breakfast, then chores such as bike maintenance, paperwork and washing, finishing up with a brunch. Followed in the afternoon by a visit to the local bar and the evening was spent sleeping it off!

The team have now cycled 2700 miles, just over two thirds of the way. An impressive feat however, all the crew were acutely aware that there is still a long way to go and that the hardest cycling days still lie ahead in Kentucky.

The following morning the team set out passing into the state of Missouri – the state’s unofficial nickname is ‘the show me state’, which appears to have been adopted due to its people’s devotion to common sense. 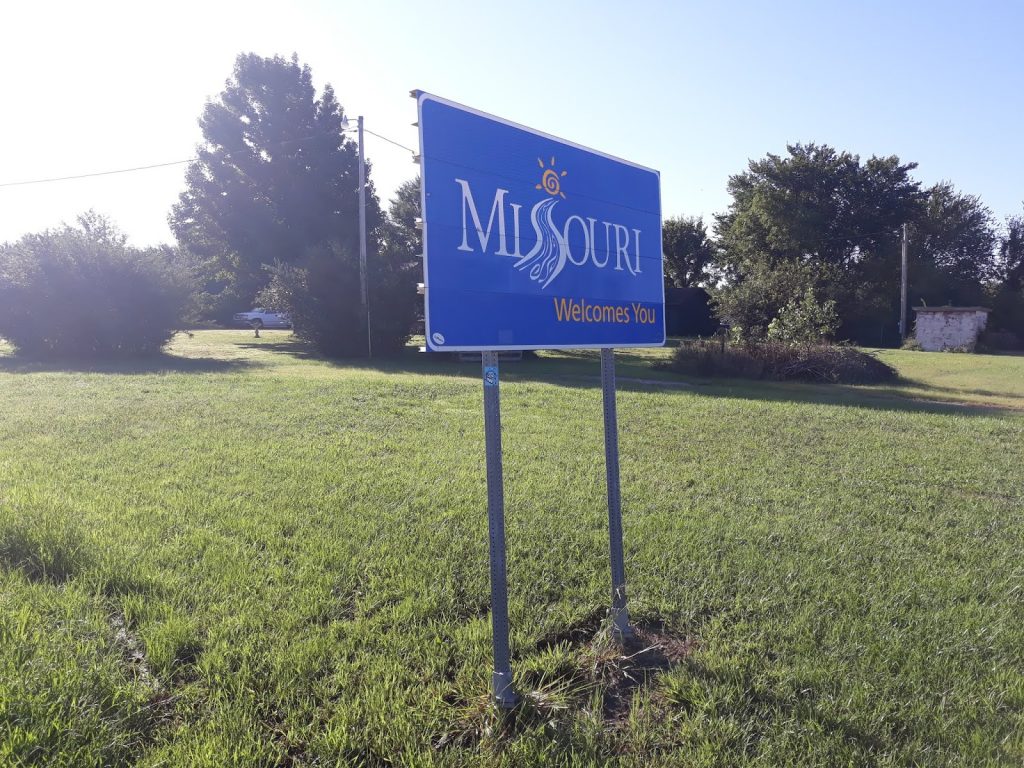 The destination of the day was Mt Vernon, Missouri – a 74 mile ride across rolling hills in a lush green landscape. The weather was warm and humid with the promise of sporadic thunderstorms over the coming days. 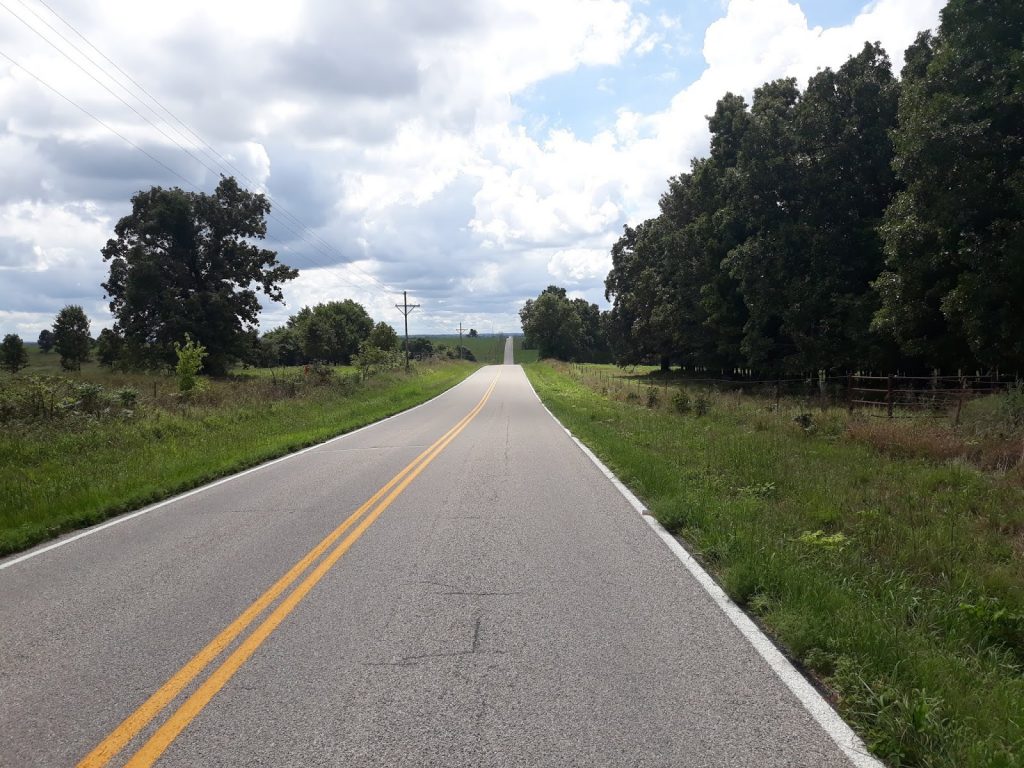 It was a Sunday, and along the way the team passed by families heading to church, a tractor pull and Amish families in traditional Amish buggies. 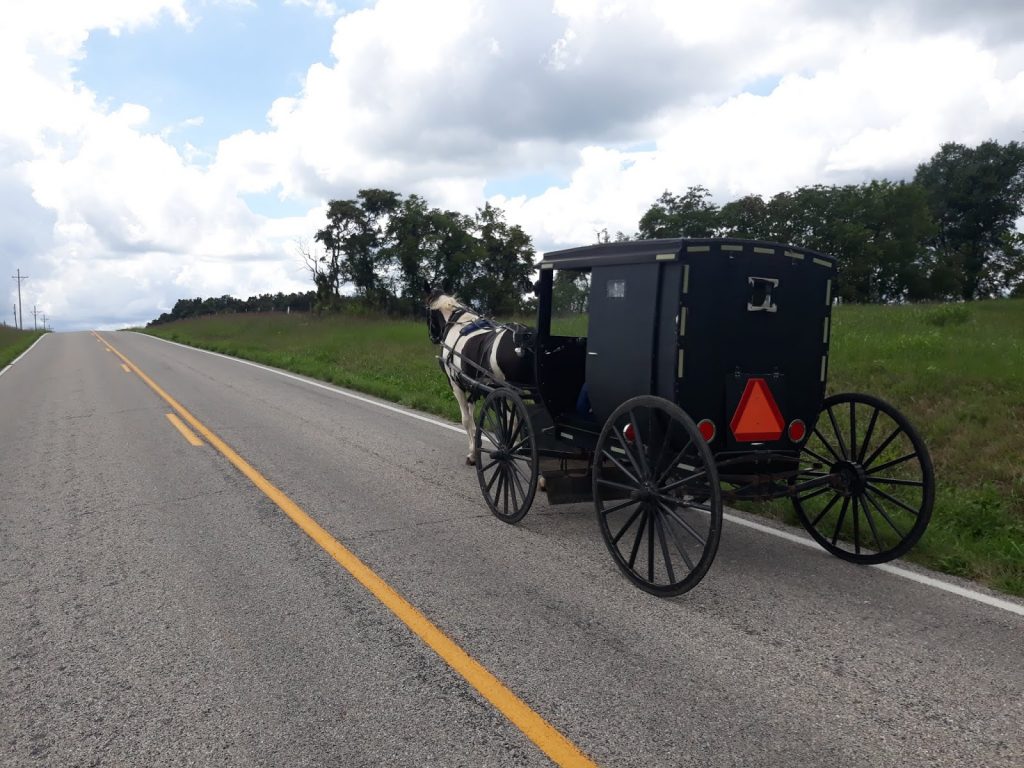 Further evidence of a culture of unhealthy eating was found in the local supermarket – where well packaged, toffee encased apples topped with sugar sprinkles, were found in the fruit section! 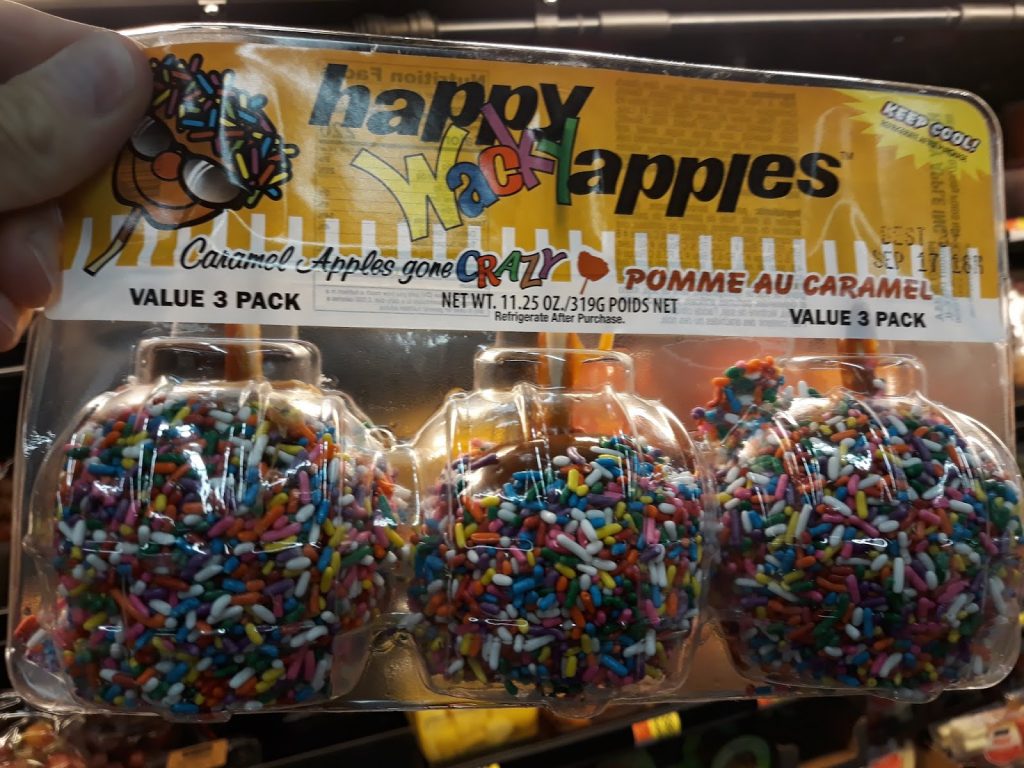 The following day, heading towards Springfield the team stopped off at a small store where the owner was offering a cute puppy for free – the puppy enjoyed a ride in Steve’s bar bag! 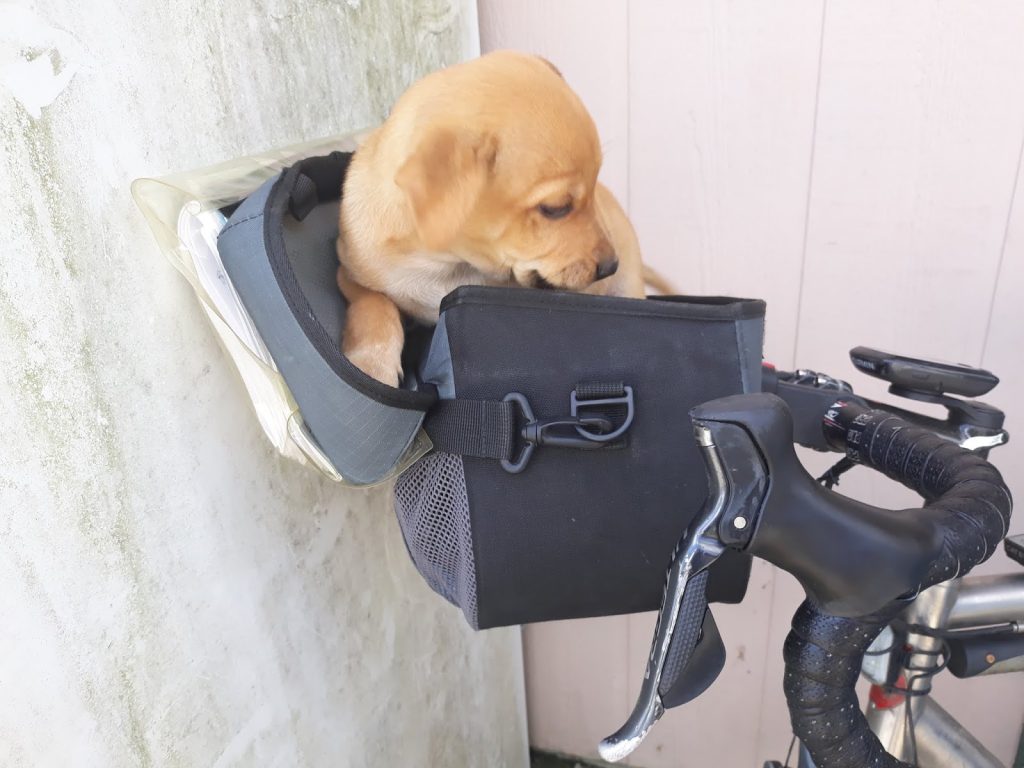 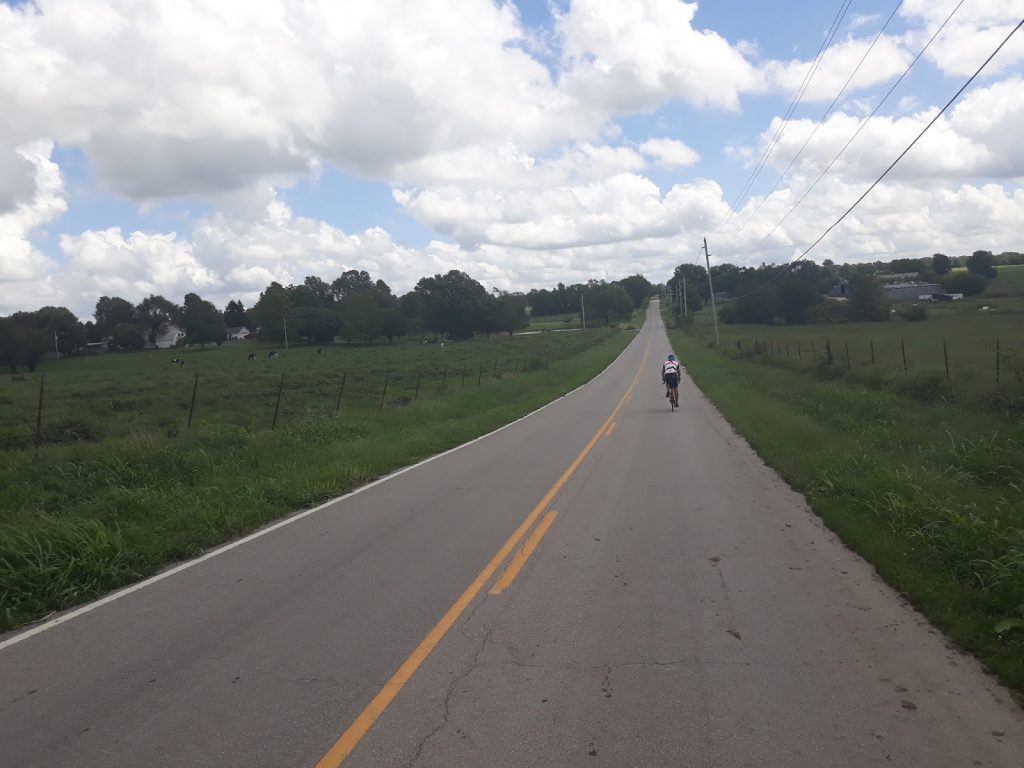 The highlight of the day was passing through the Missouri town of Springfield – a common name for US towns and of course the fictitious home to the US animated sitcom, the Simpsons. Springfield Missouri was a well presented university town, boasting an 8 mile cycle path which passed through the town along the river.

Missouri was also home to numerous enormous churches. The image beneath features an average sized church in Springfield – one of many in the comparatively small town. Many of the churches the team came across were significantly larger. 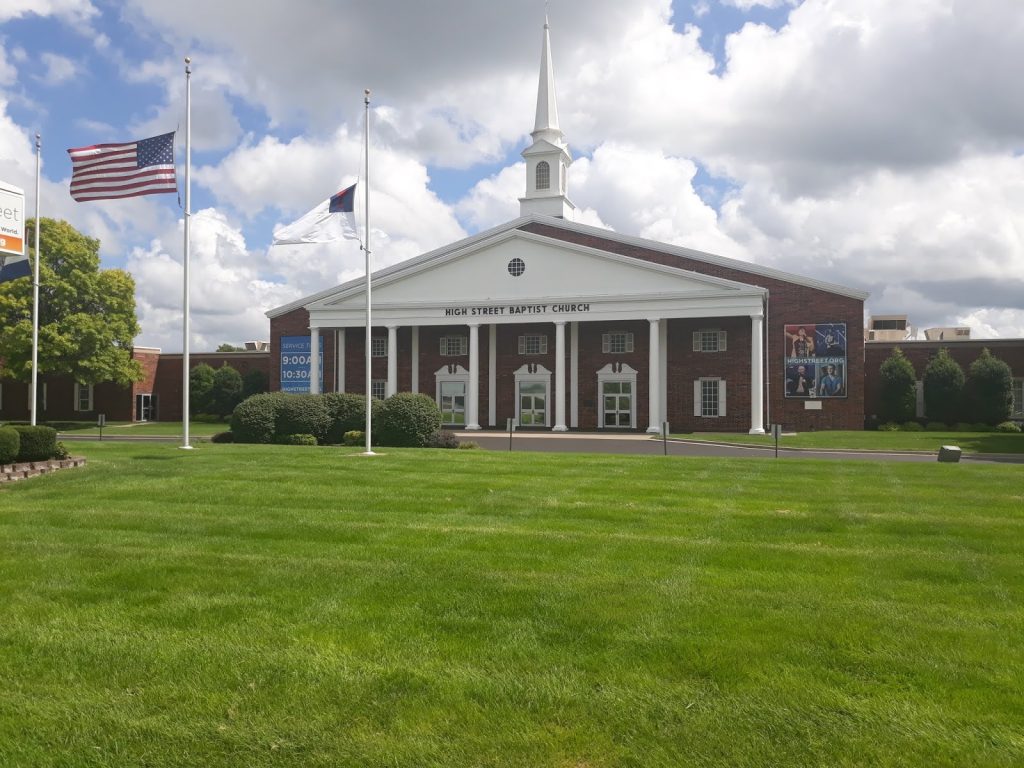 The following morning the team enjoyed a short jaunt along the legendary Route 66 – which officially no longer exists, but is still signposted and remains a popular route for both cyclists and motorists alike.  The day’s 78 mile ride took the crew across the Missouri hills, temperatures climbed into the mid 30s and levels of humidity were high, making it a hot and sticky ride to that day’s destination of Houston Missouri. 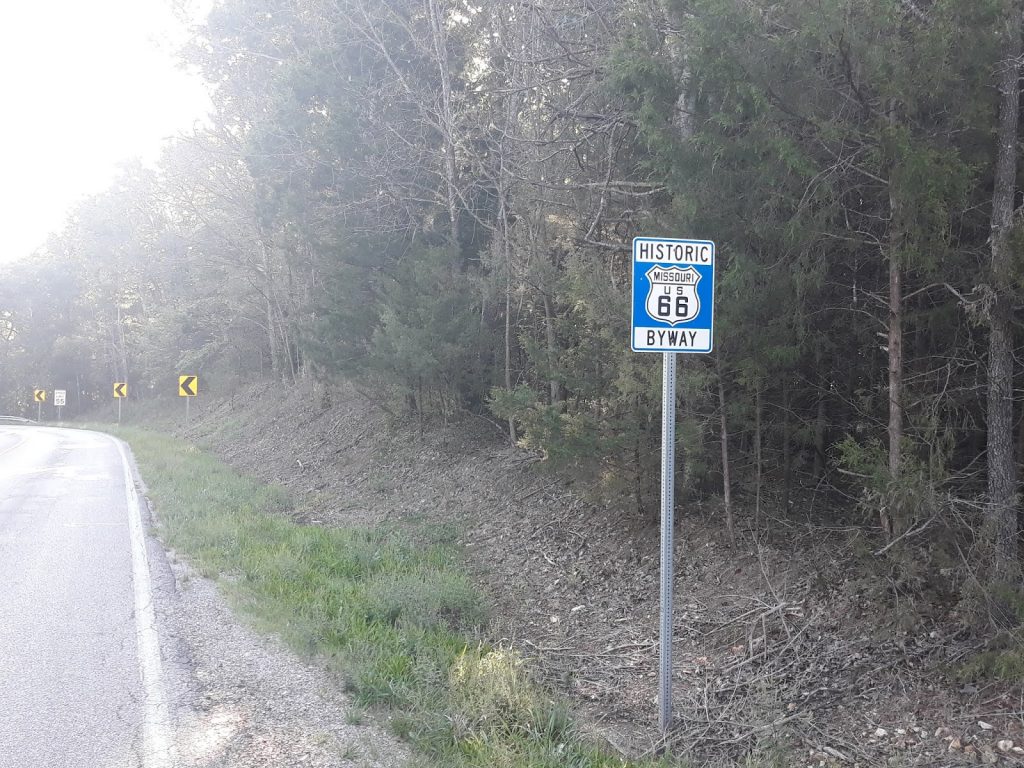