Heading out of Fairplay, Colorado the crew had been looking forward to some speedy downhill stints, the fun however was dampened by a number of short uphill sections, making the day surprisingly hard going.

The aim of the day’s ride was to get to Canon City – a larger town situated on the Arkansas River with a population of approximately 16,400. The town is a popular destination for rock climbing, white water rafting and other adventures.

The following day was spent resting in Canon City – the rest day included a hearty breakfast followed later in the day by happy hour at the local bar! 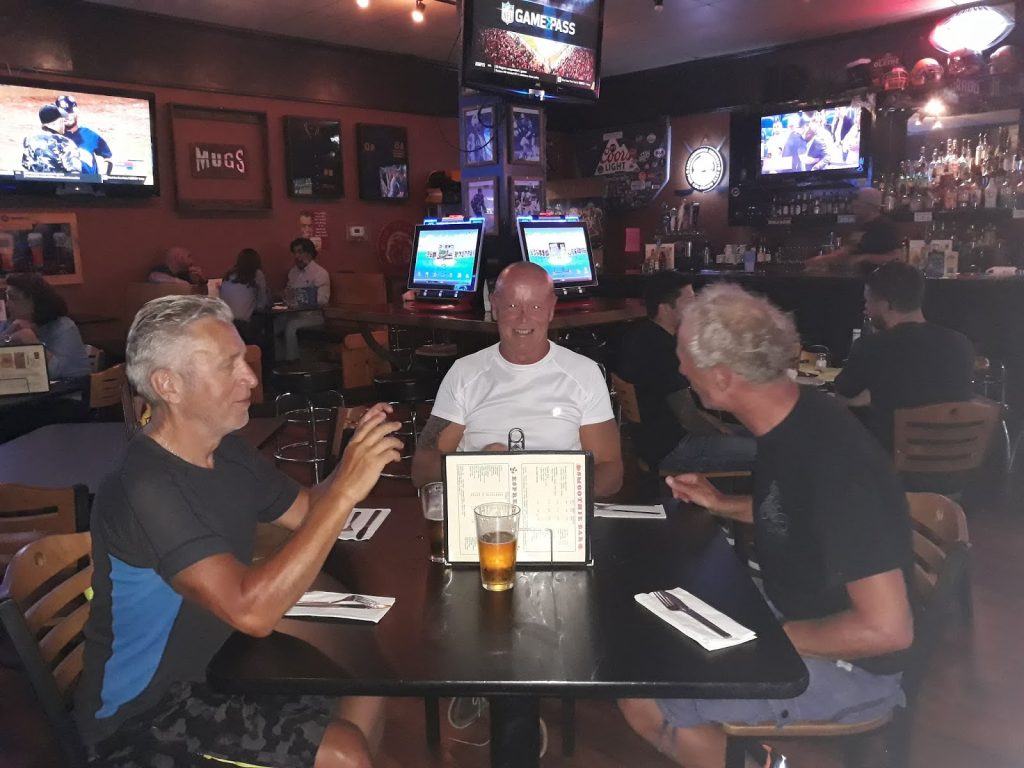 From Canon City, the team made their way across the flat expanses of the great eastern plains of Colorado and into Kansas. The days which followed entailed several average mileage days and one long day of 106 miles before arriving at Dodge City, Kansas (central time zone) – a historic frontier town of the wild west and cowboy era. 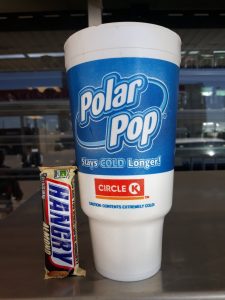 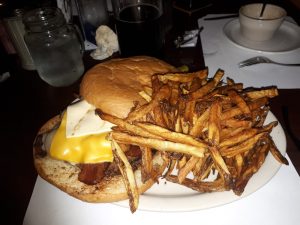 A meal at a local restaurant, which consisted of a burger and soda could easily explain the seemingly prevalent obesity problem in the US. The burger contained 1lb of meat and enough fries to feed a small family, on the same menu there was also the option to order a 3lb burger with 2lbs of fries! The soda featured in the image, with a snickers bar used to illustrate the sheer size of it, was also not the largest available and cost a mere 79 cents. With portions this size considered the norm, it’s hardly surprising that over eating is common place. 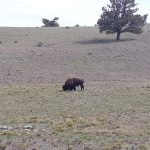 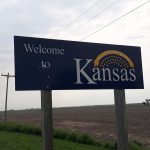 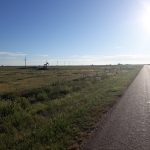 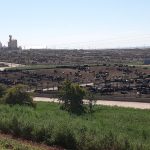 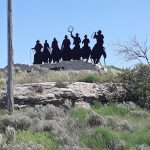 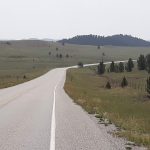 A trip to Dodge City would not be complete without visiting its main attraction – Boot Hill Museum, a commemoration of the town’s frontier past, allowing visitors to experience Dodge City in the 1870s. The museum consists of a replica of the old town’s main street with functioning stores and saloons as well as detailed information on how the town came to be so notorious in the late 1800s.

The team enjoyed a modest beer in one of the saloons and had a good look at the exhibits. 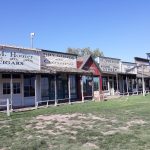 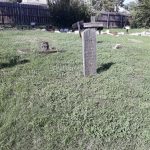 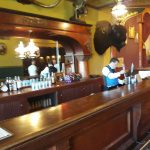 The following morning the crew headed out of Dodge City, passing by mass cattle feed stations, where thousands of cows were intensively fed inside muddy pens before going to market – the sheer quantity of cattle illustrated the enormous scale of the supply needed to meet the demands of beef industry.

Riding across Kansas out of Dodge City the landscape was incredibly flat with seemingly endless views across the plains. On an 85 mile ride day, the team climbed fewer than 300ft – a big contrast with the typical 2000/3000 ft on an average 70 mile ride, of other days. A strong tailwind however, turned the 85 miles into quick work and the crew arrived sooner than expected at that evening’s destination – the town of Great Bend, aptly named after a bend in the Arkansas River. 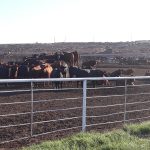 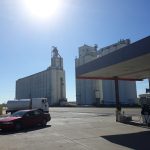 The next morning with a 104 mile ride ahead, the crew set out against a huge headwind, which made the first 20 miles extremely tough going, before heading east. The remaining miles were also tiring with temperatures soaring up to 40°c along long never ending, flat roads. Cycling through Kansas it seemed that the majority of farmers had a sideline pumping oil – a nodding donkey and a storage tank could be seen on almost every field. 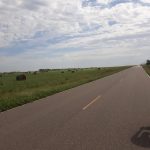 Perhaps the most important element when travelling across Kansas on a bicycle is the wind. There is always a strong wind blowing – what matters to the cyclist however, is its direction. This can transform the shape of a cycling day into either heavenly or torturous.

Having left the town of Newton, Kansas the team faced another difficult day battling 50 miles against a severe headwind, this was rewarded with an idyllic 24 miles of tailwind. Scenery was mainly flat and a disproportionate number of large churches located in isolated positions in the countryside were a notable feature and the most popular sect of Christianity in this region seemed to be Mennoite.