The promise of the National Parks was getting ever closer as the team rode from Dillon to Ennis –  Dillon is another small town located in the South West of Montana, also a hub for activity and adventure in the local area. The journey consisted of 67 miles of steady uphill climbing to a pass and then whizzing down the other side into town. The highlights of the day entailed passing through 2 extremely well-preserved gold mining towns – Nevada City and Virginia City, both towns are living historical museums and very interesting places to visit, even if they were crawling with tourists. 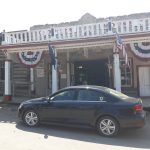 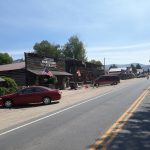 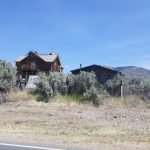 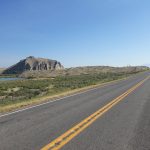 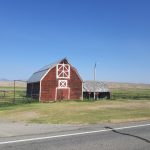 The day ended in the town of Ennis which is surrounded by 3 stunning mountain ranges; The Gravelly Range, The Madison Range and the Tobacco Root Mountains. It also offers access to the beautiful Madison River, a popular location for trout fishing.

The following day consisted of a 72 mile ride which should have been relatively easy, although this was hampered by a big headwind which made everything much more challenging. The route led the team through a region known to be one of the best fly-fishing locations in the US. The last 15 miles were particularly trying, due to a stretch of road works with miles of fresh tar and chippings, before arriving at West Yellowstone – one of the gateways to Yellowstone Park, a bustling place full of tourists, with prices to match. 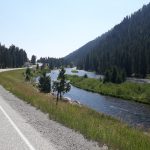 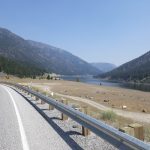 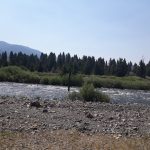 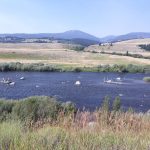 On August 09 the team not only crossed over into the state of Wyoming, but also into the highly anticipated Yellowstone Park.

Entrance to the park was charged at $20 per person, but strangely the 4.6 litre, long wheel base support van was only charged $30!

Scenery inside Yellowstone Park was absolutely magnificent, witnessing the geothermal activity was amazing – photos simply can’t do it justice.

The only downside to the park was the traffic – especially the oversized RVs, and the price of the overnight accommodation. The team stayed in Grant Village Lodge, a government run hospitality outfit offering well-presented compact rooms at a whopping £250 a night! 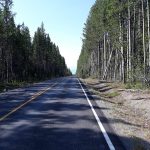 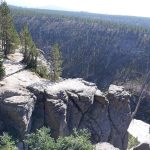 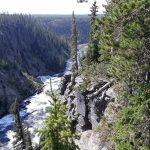 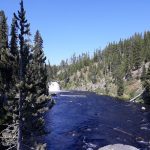 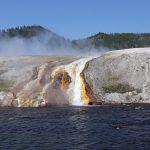 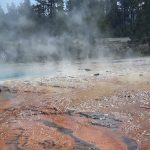 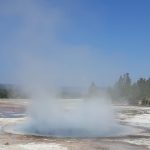 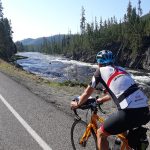 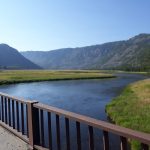 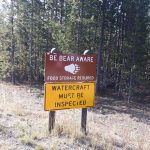 Next morning, the team cycled through another 20 miles to the Southern exit of the park, before passing into Grand Teton Park and travelling onto that evening’s accommodation. Grand Teton not only offered free entry but also had beautiful scenery in the form of snow-capped mountains and blue lakes. That evening’s lodge was more reasonably priced, it also benefited from a superb lakeside location – the lodge’s porch provided a great place to rest up and rehydrate whilst contemplating the following day’s 18 mile climb to 10,000ft. 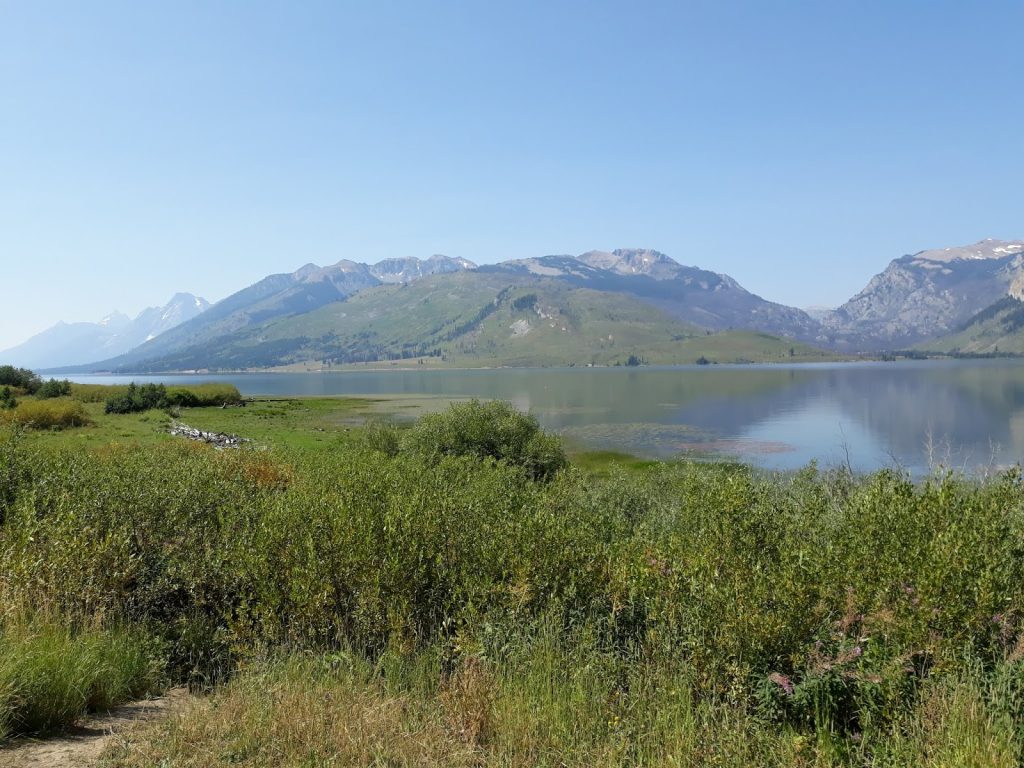 The following day marked the biggest climb of the adventure, at over 9,500ft the altitude became considerably thinner making breathing whilst pedalling much more tiring. Steve invented a breathing apparatus to compensate for the shortness of breath he was suffering – as soon as he began to breathe more heavily, he would pop oxygen cylinders up his nose, providing an immediate performance boost!

The scenery throughout the course of the day remained stunning and there was the added bonus of no more RVs to contend with, as there had been in the park.

After 63 miles riding up and over the Togwotee pass, the team spent some well-deserved relaxation time beside a pool whilst heating up the BBQ. 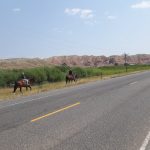 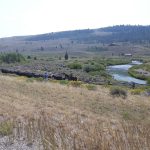 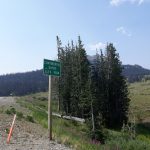 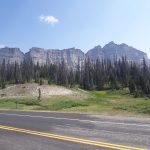 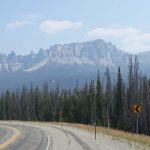 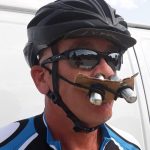 Over the next couple of days, the team headed through Wyoming to Dubois, a town in Freemont County located along the Wind River. From Dubois over 75 miles of fairly flat terrain took to the crew to the town of Lander – the scenery became less outstanding than it had been in and around the National Parks. Everybody seemed to agree that Wyoming had so far been an impressive place, except from the distinct lack of phone signal despite passing through towns with populations of up to 10,000 people!

The gun culture was also noticeably more present in Wyoming, even a small gas station in the middle of nowhere sold not only beef jerky and nachos, but also guns! The ‘right to bear arms’ seemed to be entrenched into the local culture – it appears that by merely showing a driver’s license, one can own and openly carry firearms varying from a small pistol to an AK47. A quick tourist visit to a gun shop was further confirmation that owning a firearm is an acceptable part of daily living – the shop stocked an abundance of guns, gun accessories as well as an assortment of gun associated paraphernalia such as the pink ‘My first rifle’ gun case (shown in the image), as well as bumper stickers which read, ‘The secret of gun control……is to use both hands’. 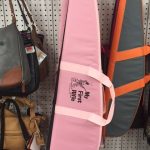 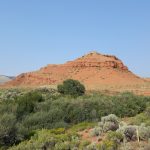 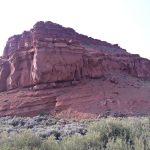 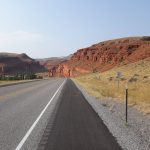