The team is now 700 + miles away from the Pacific Coast, well into the US interior where many of the locals they come across have travelled little further than the neighbouring state, and show very little awareness regarding what’s going on in the outside world. Following the rest day in Grangeville, the team pedalled out through extensive golden cornfields, before heading into the Nez Perce Indian Reserve – the reservation today consists of around 750,000 acres of which tribe members own approximately 13%.

From there, the tour followed the Clear Water River up to the small community of Lowell, located within the Nez Perce Clearwater National Forest, Lowell has a population of 23 people. That evening the crew stayed in 2 places, a small motel and a nearby rafting centre. The members had been enjoying their makeshift BBQ when a woman in a nearby room, with whom they’d had no prior contact with, appeared and began to shout accusations of harassment at the crew before running into a room -an unfortunate end to what would have been an otherwise pleasant evening.

The following morning, everybody was up bright and early to continue up the Clear River valley, travelling 66 miles of gentle uphill climbing with the only challenge being the road works. In some places, the road surface was stripped and the team had no choice but to travel in the pilot car with the bikes on the back. The day came to an end in Lochsa Lodge – the only accommodation available before heading to Friday night’s destination of Missoula. 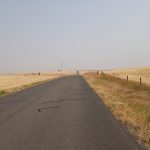 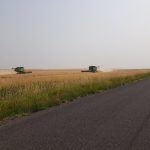 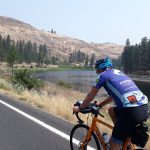 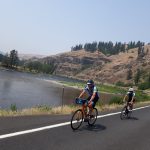 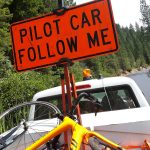 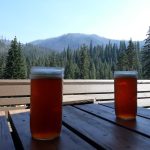 The overnight stay in Lochsa lodge was simply beautiful – rustic cabins in a clearing in the forest, a central lodge with a bar and restaurant, as well as a terrace overlooking pine covered hills and a busy colony of gophers.

The following morning was a chilly start, but everybody soon warmed up climbing the Lolo Pass and crossing the Montana border – the 3rd state of the adventure! The descent through the Bitteroot valley was an easy one, cruising down at an average of 20mph, whilst barely touching the pedals before arriving in the final destination of the day, Missoula – home of the Adventure Cycling Association, the team called in to pay a visit and claim their ‘free’ ice cream. However, most of the team ended up splashing out $85.00 on a cycling jersey!

That evening’s accommodation was Motel 6 Missoula – definitely at the budget end in terms of furnishing and finish! 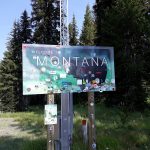 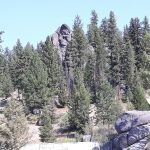 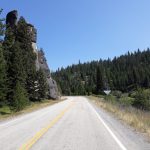 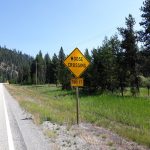 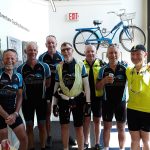 The next day, the team set out excited at the prospect of travelling closer towards one of the milestone destinations of the trip – Yellowstone Park. The day’s riding was relatively flat, with a good cycle path, taking the tour across a broad plateau with stunning views of the Rocky Mountains. The final destination of the day was Darby, Montana – a small town which was set that evening, to host a Rodeo. 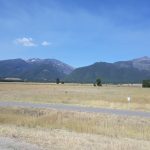 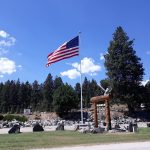 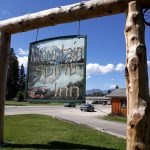 The Rodeo itself turned out to be somewhat disappointing, but the local bar compensated for its shortcomings, the friendly locals and good beer made it a fun filled evening. The next day entailed a short but steep ride, an 8 mile ascent to Chief Joseph Pass, the highest point so far of the tour. The pass sits at 7241 ft and is situated on the continental divide of the Rocky Mountains – it provided some truly spectacular views.

The evening was spent resting up in Wisdom MT, a small town in the Beaverhead County. The team stayed in a family run motel which offered a large cabin complete with a kitchen, affording the luxury to do some home cooking – spaghetti Bolognese.

The following day, August 6th the team travelled across high plains at an altitude of 6000ft, climbing up a couple of impressive passes at around 7000ft with snow capped mountains in the distance marking the national parks of Yellowstone and Grand Teton. 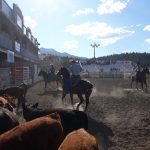 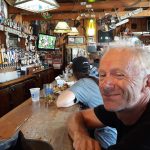 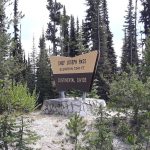 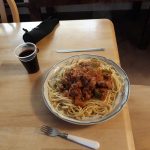 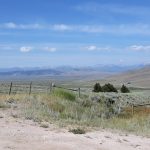 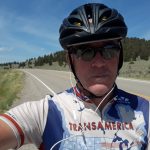 We will be following this epic journey every week on the Bike Adventures blog. If this trip has captured your imagination we are in the early stages of planning a repeat for 2020 – click the banner below. You can also read more detailed updates here.