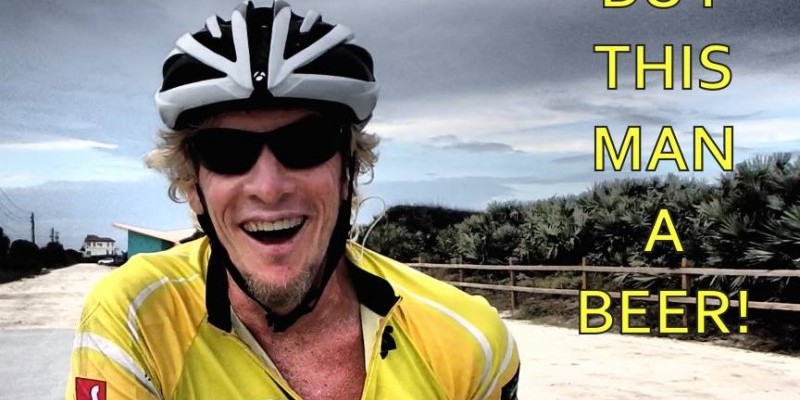 The Long and Winding Road

6 January, 2016 By Administrator in Cycling challenge, Sports & Fitness Comments Off on The Long and Winding Road 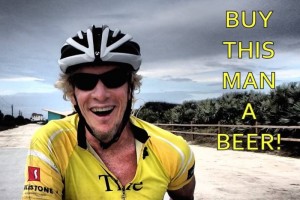 The longest-standing record in cycling (and probably in athletic endeavor of ANY kind) is the Highest Annual Mileage record, or HAMR.  Or rather is WAS! In 1939, Tom Godwin (a Brit) rode an astonishing 75,065 miles and for most of the last 76 years it looked like the record would stand forever.  However, on Monday an American named Kurt Searvogel (aka ‘Tarzan’) notched up his 75,066th mile since starting his attempt on the record on January 10th 2015.

I don’t want to belittle Kurt’s efforts (they are truly incredible ) but:

There is obviously no way of making a meaningful comparison between the two efforts.  Kurt is the new record holder and deserves to bask in the glory but what Tommy Godwin achieved remains, in my book, the greatest cycling feat since the dawn of time.

Kurt better enjoy his moment in the spotlight because it may be brief.  Until April another Brit, Steve Abraham, was snapping at his heels when a prat on a moped knocked him off resulting in a broken ankle. Steve kept riding but, having lost about 6 weeks while it mended, the attempt was effectively dead in the water.  The beauty of the HAMR is that it doesn’t have to be a calendar year, so Steve re-set his trip meter in August and effectively started again.  This means that, at the end of this new 12-month period, he will have been riding 200+ miles per day for 19 months!!!  The man is clearly bonkers but you can’t help admire him.  Anyone whose response to a broken ankle isn’t ‘bollocks to that – I think I’ll stop’ but ‘OK, I’ll just cycle an extra 36,000 miles’  is clearly pretty determined and I wouldn’t be at all surprised to see a new record holder come August.

If all of this has pricked your conscience, or you have already resolved to up the mileage a bit this year, take a look at Bike Adventure’s longer-distance ‘epic’ trips.  The US Pacific Coast Highway, New Zealand Middle Earth Tour or London to Venice (or even London to Dubrovnik) would all make a splendid 1200+ mile contribution to your own personal HAMR in 2016!