25 January, 2013 By 7pxadmin in Sports & Fitness Comments Off on Nellie The Elephant
I am flying to NZ  with Emirates; not an airline I have used before but they were cheap.  The downside of this economy is that I am flying in an Airbus A380, the so-called ‘Super-Jumbo’. I am not a nervous flyer but I really don’t like the idea of being in an oversized cigar tube with this many other people: 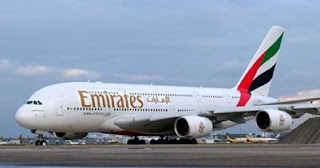 In contrast, the plane that will take me from Auckland to Kerikeri is very much at the opposite end of the size spectrum with just 19 seats. 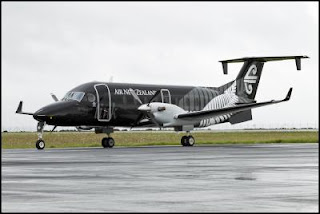 After this  I transfer to an even smaller vehicle: 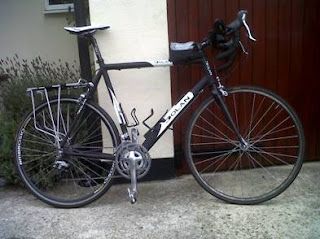 How far can I take this transport downsizing? I wondered: 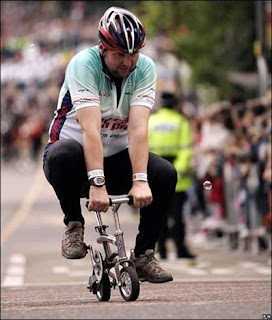 A good attempt but still really rather big.  Now THIS is more like it: 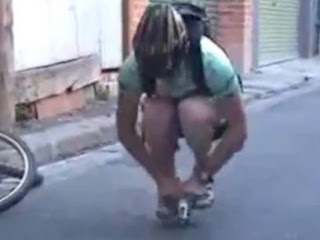 Sorry about the poor photo but he was doing 35mph when I took the shot so blurring was inevitable.  What impresses me about this guy isn’t that he was riding a bike the size of a hamster, it is that he has a backpack and helmet and  appears to actually be GOING somewhere on it!
Yes, you’ve guessed it, I’m bored!  I still have 11 days to go and it is really very annoying to think that while I am twiddling my thumbs Frank Burns is eating up the miles.  He has arrived in NZ, made it to the top and is now heading south.
My preparations are complete…. apart from getting fit and I have more or less given up on that.  After a week of snow the turbo trainer has lost any allure it might once have had and the road conditions are just too pants to even contemplate a ride.  I’ll just have to get fit on the trip!